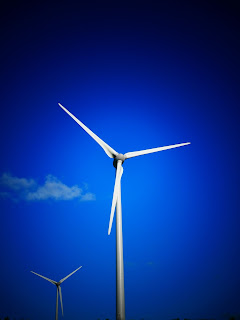 Southern Initiatives is implementing a Sustainable Tourism and Livelihoods project that among other things aims to discover the level of awareness about ecotourism among holiday-makers, tourists, travel agencies and other people who take a keen interested in travel related activities.

Southern Initiatives Journal of Sustainable Development (ISSN 0973-5380) is a quarterly published by the non-profit, non-partisan, registered, non-government organisation Southern Initiatives. Experts, academics, NGO personnel, government functionaries, UN workers among ohers have written in the paes of the journal. Beside our regular subscribers more than 200 copies of the journal are distributed worldwide among activists, academics, government officials, UN agencies and other decision making organisations and individuals. More...>

Stocktaking of Progress towards Sustainability - Rajat Chaudhuri of Southern Initiatives designed and executed a prestigious year-long study to take stock of the country's progress on the road to sustainability . The project included surveys in four major metro cities and tested the design and implementation of environmental laws in India usin the Johannesburg plan of implementation finalised at the World Summit for Sustainable Development and the UN Guidelines for Consumer Protection (Section G) as benchmark documents. The project was supported by the Ministry of Environment and Forests (Govt of India) and was implemented by Chaudhuri on behalf of CUTS

Save Water Respect Life - Globally, one out of five people do not have access to safe drinking water. In India 62% of families do not get drinking water at home. Again India is among the countries in danger of running short of water in the next 23 years as global consumption doubles every 20 years. The United Nations has estimated that the global economy bears $12.8 billion in costs due to death and disease caused by polluted coastal waters. Southern Initiatives launched its `Save Water Respect Life' campaignto draw public attention to the severe water-related crises before us. The Save Water Respect Life Campaign which basically focuses on awareness building among common people about water related crises and the need for conservation of this precious natural resource was launched on Earth Day 2004. On Earth Day Southern Initiatives volunteers held shock demonstrations and silent protests with banners and placards at landmarks of Kolkata like Millennium Park, Victoria Memorial, Dhakuria Lakes and at important traffic crossings. The campaign involves mass awareness exercises through demonstrations, debates and prepaation of user-friendly literature